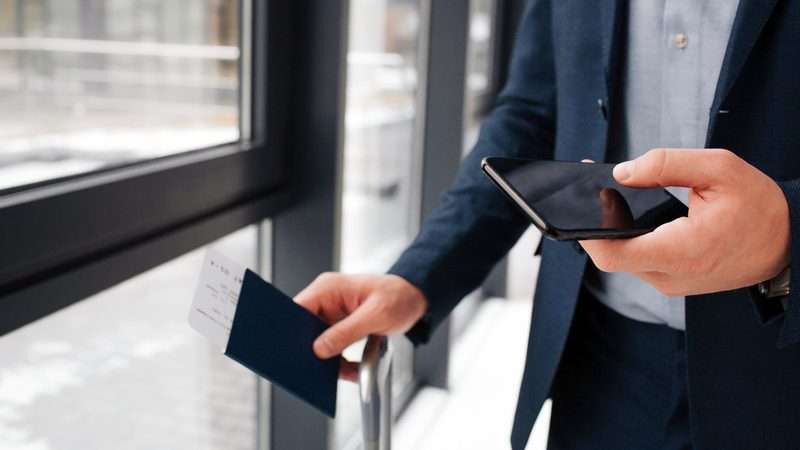 Since the release of the Apple Wallet app, the average iPhone has become the key to most people’s lives.

You can store all of your credit cards and most membership cards right within the app, lightening the load on your actual wallet quite significantly.

Now, if Apple gets their way, you can take that one step further. Apple is continuing to look into how viable it would way to use an iPhone not only as your official passport, but also as your drivers’ license and other forms of paper identification as well.

Apple’s Plans for Your Digital Life

In a recently uncovered patent application, it was revealed that Apple is working on a way to authenticate the documents on someone’s iPhone based on their identity in real life.

It’s all about figuring out how to “securely perform a user authentication” whenever you’re asked to present some type of document by “an issuing authority.”

So if you were at the airport and you were asked to show your passport, obviously you could just flash your iPhone and be ready to go. But at the same time, what if someone had stolen your iPhone?

How would those airport workers be certain that you are who you say you are, and that the document matches your actual identity?

That, in essence, is what Apple is currently trying to figure out.

The patent application itself clocks it at around 13,000 words and touches on everything from communication protocols to secure storage.

They’re also trying to determine a way to make this entire process “tamper-resistant.”

As of right now, few details are known – but the patent does refer to things like NFC and RFID. It also goes into a bit of detail about how a biometric authentication protocol like Face ID could be used to confirm your identity to officials.

If you were trying to buy something that required age verification, Face ID could give the merchant a “yes” or “no” response, for example.

If you found today’s post interesting, please use the Share Buttons below… I really appreciate you helping to spread the word about my Free Daily iPhone Tips!