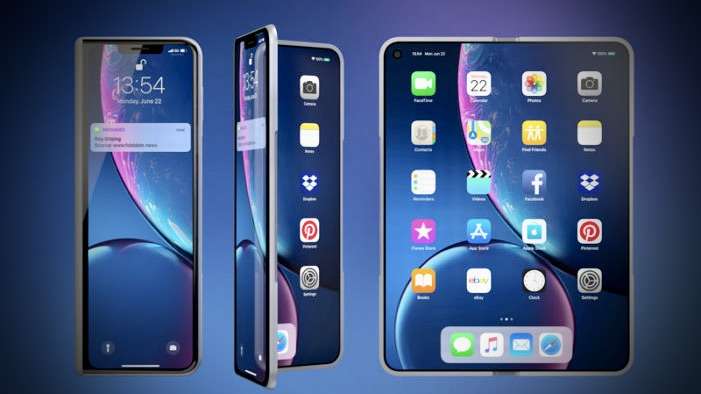 Some insiders believe that Apple is getting ready for a foldable iPhone. The technology is already being offered by some players in the smartphone industry. But Apple does not seem to be in a hurry to get into the foldable phone segment. In fact, there are rumors that Apple is pushing back their foldable iPhone idea to 2025.

Yes, it’s true – there are rumors that Apple is looking to launch a foldable iPhone but their original target date is being pushed back.

When smartphones were introduced, they ushered in a new era of technology. Consumers had in their hands a device as powerful as some computers. More than being able to make a call, it opened other applications for use. When social media came, smartphones were the number one tool people used to stay in touch with friends and family.

Then the iPhone came and made people aware that smartphones can be both functional and exciting at the same time. The success of Apple when it comes to iPhone sales is proof enough that consumers are always looking at the exciting way companies integrate new technology into their smartphones. And to a certain extent, a foldable smartphone is an exciting addition.

There are a few smartphone players that have introduced foldable phone technology and some are already out in the market. Here is a quick rundown of who introduced it first.

Royole FlexPai – you might not have heard about this brand and might not get your hands on a pair. This is because they are only available in China. But they do have the distinction of being the first phone brand to sell a foldable smartphone on October 31, 2018. The problem was when the actual units came, the software was not at par with smartphone standards at the time and the bezels were uneven.

Samsung – Samsung introduced the Infinity Flex Display 8 days after Royole FlexPai on November 8, 2018. Though the launch was also pushed back after initial tests indicated that the unit was easy to break. After a launch 5 months after their initial date, the company followed it up with the Galaxy Z Flip on February 11, 2020. This had a different story because when it was announced on February 11, you can already purchase it 3 days after.

Motorola – the company best known for its successful Razr flip phone, offered the same clamshell approach but a foldable one on November 13, 2019. Imagine having a flip phone that opens up to a full smartphone with a foldable screen.

TCL – On March 5, 2020, TCL joined the race in foldable smartphone technology with a concept device that has 2 folds in it making it bigger than most competitors.

Why is Apple delaying its foldable iPhone technology?

Though there are reports that their contract manufacturer is already testing prototypes as early as 2002, they are not in a hurry. There are rumors that this decision is partly because there are supply chain concerns.

But the one reason that stands out from insiders is the fact that Apple is just not in a hurry and wants to perfect the technology. A lot of the companies that first shipped out foldable smartphones encountered several issues with durability and design. Though some have improved on it, Apple could be waiting for the perfect time to release the tech with minimal issues.

Share this interesting post about When the Foldable iPhone is Launching using the Share Buttons below… I really appreciate you helping to spread the word about my Free Daily iPhone Tips! 🙂