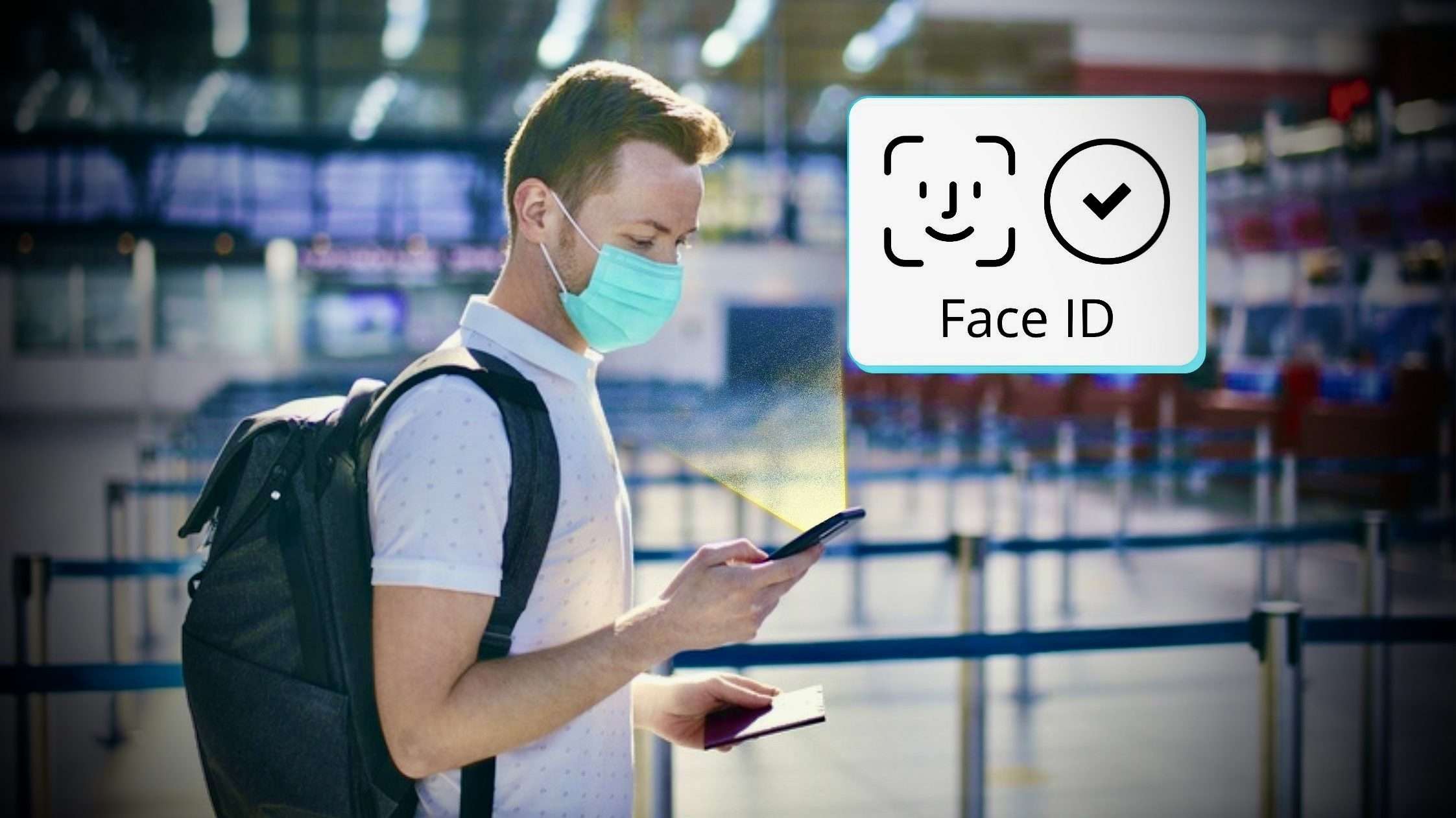 Apple will make it possible for iPhone users to use Face ID even while wearing a mask!

In 2017, Apple launched the iPhone X which ushered in amazing tech at that time which included Face ID capability. This was meant to be a step above the Touch ID feature of the iPhone.

What is Face ID?

This was a security feature of your iPhone meant to help you keep your information and data safe. The technology uses the TrueDepth camera in front of your iPhone. The idea is that it maps out the face’s geometry accurately to help authenticate the user or owner of the iPhone.

For one, it makes opening your iPhone a breeze! You can do it hands-free without the need for your thumbprint or passcode. This is helpful when you have your hands full and need to open your phone quickly. It can also be used to help you log in or authenticate other apps on your iPhone.

It was so easy to use but then the pandemic hit and it became quite challenging.

The pandemic swept through the globe with the health crisis reaching even remote areas around the world. As a result, the US Department of Health, as well as other health agencies around the world required people to wear face masks.

This was meant to help protect not only the person wearing it but also other people from contracting the COVID19 virus. There are some areas that have dropped the mandatory face mask regulation but with the spread of new variants, a lot of people still prefer to have them on.

This is where the problem with the Face ID technology for the iPhone started.

Apple has released iOS 15.4 beta 1 to developers and public beta users. With this version, the company is finally testing the ability to use Face ID with a mask.

The technology uses facial data to help authenticate you as the user and owner of your iPhone. It maps out your face to make sure that you alone will be able to use Face ID. But with a mask on, this quickly became a challenge. The technology was not meant to scan your face with a mask on – until now.

But before that, Apple did release a mask unlock feature in iOS 14.5. But there was a catch – it used a paired Apple Watch with your iPhone to make it work. Now granted that a lot of iPhone users also have the Apple watch, this was still a problem for people who don’t have them.

Face ID also works with glasses and a mask

While it’s still in the beta stage, this iOS update is able to use Face ID even if you have a mask on. The great thing about it is that you do not need to have an Apple Watch to make it work! It can even work even if you have glasses on.

The way it works is pretty straightforward – it simply makes do with what it can see. Since you only have your eyes clear when you are wearing a mask, Face ID update works with your eyes. More precisely, it prioritizes the unique features you have around your eyes. This is how it’s able to authenticate you as a user.

The update is still in Developer Beta mode but once they push it out to iPhone users, you will start to see just how convenient it is. You do not have to take your mask off to use Face ID. It makes it easy and simple to use.

To use Face ID with a mask users don’t need an Apple Watch, but there’s a catch with device compatibility as Apple is only bringing this feature to iPhone 12 users or newer. iPhone X, XR, XS, and 11 owners won’t be able to take advantage of this function.

With iOS 15.4, only the following devices can use Face ID with a mask:

For those who have a 2018 iPad Pro or M1 iPad Pro, unfortunately, with beta 1 of iPadOS 15.4, Apple didn’t change how Face ID works on its tablets, which means no improvements regarding wearing glasses or a mask.

When iOS 15.4 will be available to all users?

With iOS 15, Apple is taking up to six weeks with every major update. While the company doesn’t specify a time frame, and iOS 15.4 is bringing several new features, it will take some time until all users can take advantage of all new functions.

Still, these improvements are truly a step towards adapting to our ever-changing “new normal” and Apple is constantly developing ways to make it easier for us.

Help your Friends and Family learn all about using Face ID with a Face Mask On using the Share Buttons below… I really appreciate you helping to spread the word about my Free Daily iPhone Tips! 🙂