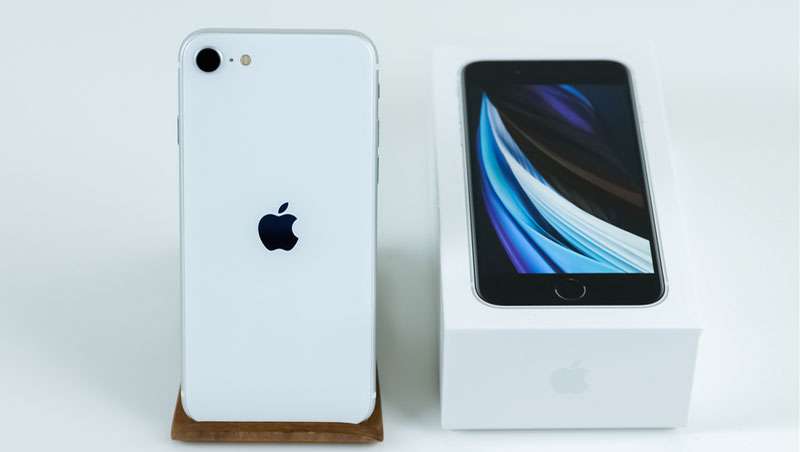 With Apple’s next iPhone SE, budget smartphones are about to get a whole lot better!

The fourth-generation iPhone SE is rumored to come with a 6.1-inch LCD display and a notch, based on the design of the iPhone XR.

This would be a major upgrade from the current iPhone SE, which has a dated design. The new SE is also expected to come with the A15 Bionic Chip, making it one of the most powerful budget smartphones on the market.

While there is some confusion about the release date, Ross Young predicts that the new iPhone SE will be available next year.

While Young has changed his prediction about the new iPhone SE a few times, the news follows a report from Jon Prosser earlier this year who said Apple would release a new iPhone SE that looks like the 2018 iPhone XR.

The upgrade would mean a change to the design on the phone. The old design had a dated forehead and chin. And the Home Button on the iPhone will be gone. Instead, there will be a notch and an all touch-screen design like on the iPhone X.

The new A15 Bionic Chip could be included in the new iPhone. This chip could improve the phone’s performance. However, this could also mean that Touch ID will no longer be available on the iPhone.

The iPhone SE is the best iPhone for people who want to save money. It has a low price tag. But the design is old. It doesn’t look like the newer iPhones.

There seems to be some confusion about when the new iPhone SE will come out. Ross Young thinks it might be next year or in 2024. We hope that the new iPhone SE devices come out sooner rather than later since the most recent upgrade was very limited.

Apple has recently released two new iPhones: the iPhone 14 and the iPhone 14 Pro. The iPhone 12 Pro introduced a new Dynamic Island, Always-on Display, and A16 processor.

The new iPhone SE should be a game-changing budget smartphone that will be packed with features.

While the official release date is still unknown, hopefully, it will be available next year.

So if you’re looking for a great budget smartphone, keep your eye out for the new iPhone SE!