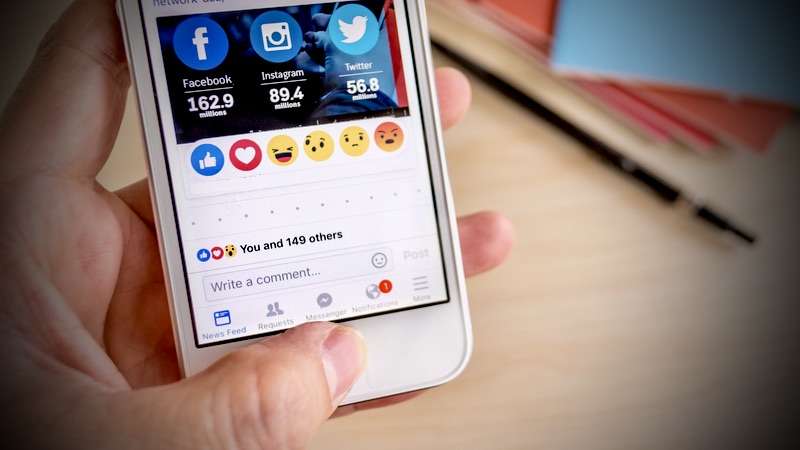 As social media platforms become more and more powerful, the way they decide which content to show you becomes increasingly important.

In recent years, many platforms have switched to algorithms to show you content they think you’ll want to see instead of providing a chronological feed of all posts. This can often lead to problems, as the algorithms often surface biased or offensive content.

Recently, there has been a lot of discussion about proposed legislation requiring online platforms to provide an alternative, algorithm-free feed to their users. This would allow users to see all posts chronologically without having the platform’s algorithms dictate what content they see. While this legislation has not yet been passed, it is an important issue that deserves attention.

Open Instagram, tap the head icon at the bottom right, then the three lines in the top right corner, then Settings, then Privacy. Then tap Posts and switch on “Hide Likes and View Counts.”

That setting will remove likes, and video view counts from your feed. So, now your feed will look less like a popularity contest.

A switch like that, hidden deep within the program, might make all the difference between a healthy social-media environment and a toxic one with negative mental-health consequences, especially for kids.

After the app was tested by default hiding likes, it became an option. Instagram has stated that some people found hiding likes to be helpful, while others thought it was a nuisance. Instagram reported in May, “So we’re giving you a choice.”

Facebook has been under fire for a while now, and it seems that the company is finally starting to listen to its critics. In recent months, Facebook has made several changes to its platform in an attempt to make it a more positive place.

Lawmakers in Congress have grilled Facebook and Instagram execs about their impact on kids’ mental health. They have been compared to Big Tobacco, and some think it’s time for them to be regulated.

A nonaddictive social-media app would look very different from the ones we have now. For starters, it would need to remove the features that are known to be addictive and harmful.

The Kids Internet Design and Safety Act (aka KIDS Act) is a proposed bill that would safeguard teenagers and children under the age of 16 from deceptive marketing, hazardous design elements, and harmful algorithms.

“We have to ban push notifications. We have to ban autoplay. We have to ban these kinds of marketing tools that are used by the industry right now,” said Sen. Ed Markey, who reintroduced the bill along with Sen. Richard Blumenthal.

If you feel you can use a break from social media but can’t commit to deleting your accounts, there are things you can do to make the platforms less harmful.

To stop getting notifications from programs you don’t want to receive, go into your phone’s notifications settings and turn off everything from Facebook, Instagram, Snapchat, Twitter, TikTok, and all other social media you want to silence.

Instagram: There is a setting in the Instagram app that allows you to stop all push notifications for up to 8 hours. (Settings > Notifications > Pause All). Facebook has a similar option.

Unfortunately, you have no control over the algorithms that power the feeds of these platforms.

Facebook and others stopped using chronological feeds years ago. Back then, you would see the newest posts first. But now, the platforms automatically order content based on personal data and your habits. This means that you will see posts that the system thinks you will like first.

That isn’t always a negative thing. You don’t have to look at hundreds of posts that might be boring to you. But those same automated systems can spread incendiary content, misinformation, and more. They can also drive you into rabbit holes of the same kind of content over and over. Which leads to confirmation bias.

Facebook gives you a temporary chronological feed. Start at the bottom right menu on your iPhone app > then See More > Recent & Favorites. At the top of your feed, you’ll now see the “Recent feed option.” But unfortunately, when you return to the app after closing it, it will revert back to the standard algorithm mode, and you have to start all over again with the settings.

There is no easy fix for social media. It has become so deeply ingrained in our lives that it is hard to imagine life without it. But that doesn’t mean we should just accept it the way it is.

There are things we can do to make social media less harmful.

We can disable autoplay, turn off push notifications, and use the chronological feed setting. We can also support legislation like the KIDS Act, which would help make social media safer for children and teenagers.

But ultimately, we need to be aware of social media’s impact on our lives and be mindful of how we use it.

Share this helpful article about The Dark Side of Social Media by using the Share Buttons below… I really appreciate you helping to spread the word about my Free Daily Tech Tips!