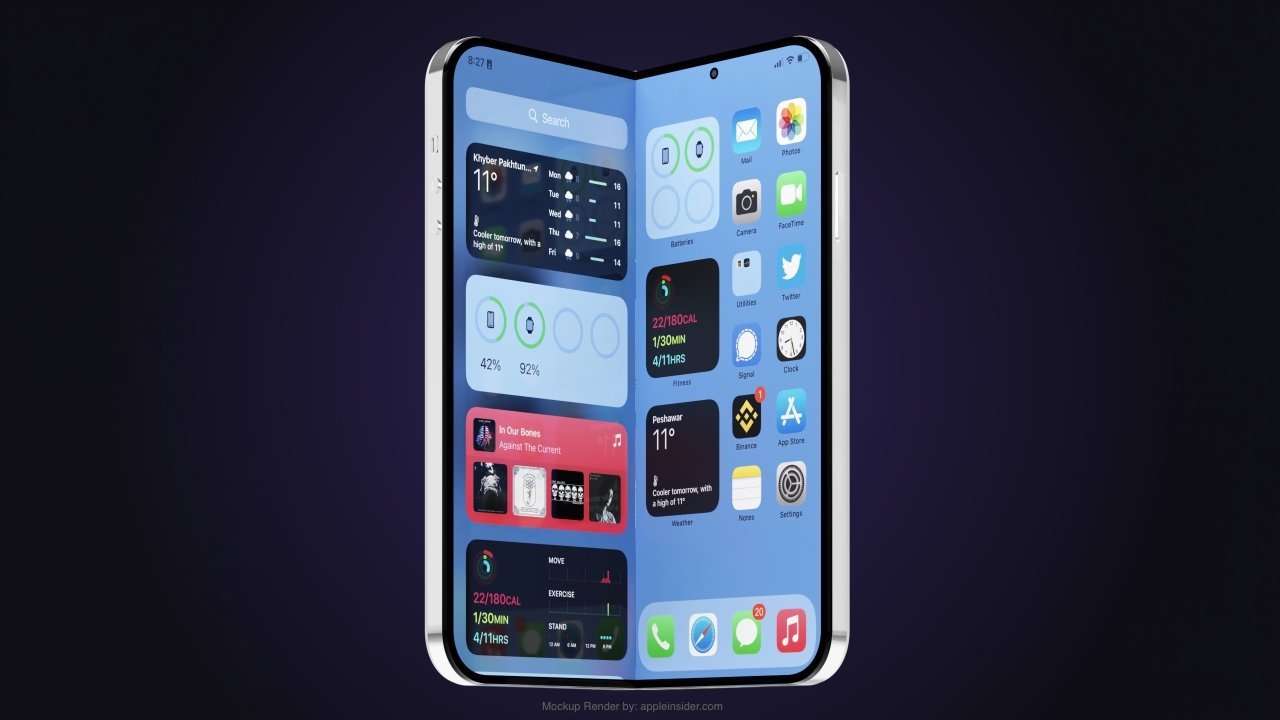 Yes, there are rumors that a folding iPhone has been in the pipeline for quite some time now. But why is Apple still holding back on its release?

There is no question about the possibility of a folding smartphone. Some other brands have already released their versions of folding phones in the market. So the question of probability is already out the window. What Apple customers are asking right now is – why hasn’t it come to iPhone releases yet?

Are you ready for an “iPhone Fold?”

If you are, better not keep your hopes up for the next few years. There are speculations that Apple might announce a folding iPhone by 2024 at the earliest. Though you would surely see enticing photos online, these are mere renders of what a folding iPhone could look like if they do get to see the end of a production line.

The use of a folding smartphone is also in question. Just like with the iPhone, the display is simply getting bigger over the years. And if you take the Pro model iPhones and convert that to a folding unit with twice the display, you essentially have a gadget close to what an iPad can give you, right? So this design could affect the sales of other products within Apple.

Is Apple simply biding time in releasing a folding iPhone?

This is definitely one of the possibilities why Apple has held off on the manufacture and release of a folding iPhone. For one thing, they are quite known to actually hold off integrating fresh and innovative technology into their products. The company normally prefers to sit back and watch for the tech to mature to make sure they only put on working and relevant updates on iPhone. The company prefers good design principles over gimmicks.

And when it comes to folding display technology, this move actually paid off. For one, competitors who already produced folding smartphones have run into some issues with the technology. And the problems range from creased displays all the way to software optimization.

Benefits of a Folding iPhone

Truth be told, there is always a benefit when you have a bigger screen for your iPhone. This is one of the reasons why Apple has been pushing the envelope in terms of display size over the years. This was more evident when people were forced to stay inside the house. Their iPhones were now more than just fonts.

They now use it extensively to watch movies and even hop onto quick online meetings. It is also easier to review documents on a bigger screen. Multitasking is definitely easier when you have plenty of screen space to move things around.

Apple may have a folding iPhone in its pipeline but they are not showing any signs that they are releasing it anytime soon. For now, the company is focused on the iPhone 14 which is believed to be the fastest iPhone ever.

Would you want to use a Folding iPhone? Share your thoughts in the Comments Section!

Share this interesting post about Folding iPhones by using the Share Buttons below… I really appreciate you helping to spread the word about my Free Daily iPhone Tips! 🙂