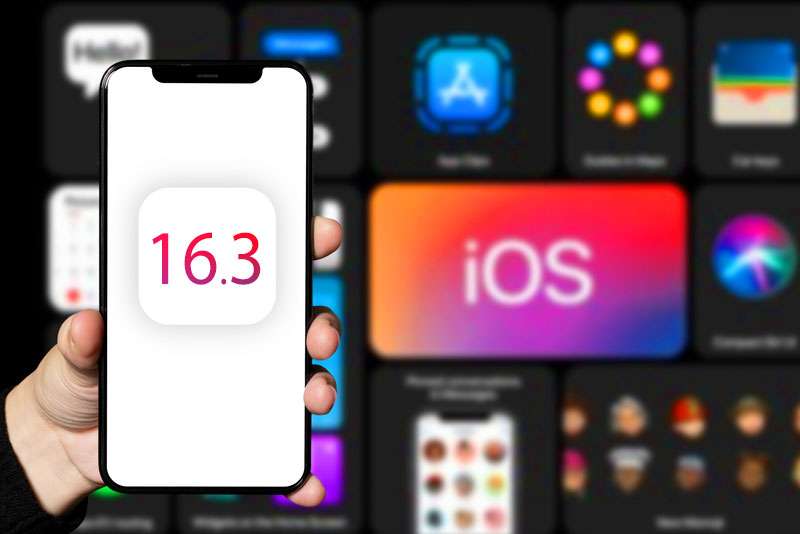 iOS 16.3 is the first version of Apple’s mobile operating system for iPhones and iPads to be released in 2023.

If you’re interested in learning more about how to install the update and all the benefits it provides, then keep reading!

Installing the iOS 16.3 update is relatively easy, but there are a few steps you should take beforehand to make sure your phone or iPad is ready for updating.

First, make sure your device has at least 50% battery life before beginning the installation process.

Next, back up your data before installing the update so that none of your information is lost during the process (you can do this through iCloud or iTunes).

Finally, make sure you have a Wi-Fi connection available; downloading over cellular data can take up too much cellular data and cause installation issues later on.

Once you’ve taken these precautions you’re ready to begin installing the update: just go into “Settings” on your device, select “General” and then select “Software Update” to get started!

The biggest new feature of iOS 16.3 is Apple ID protection. This new security measure requires two-factor authentication when logging into an Apple account from a new device or web browser.

This added layer of security will help protect against hackers trying to gain access to your personal information or financial accounts associated with your Apple ID.

In addition to this security feature, there have been changes made to Emergency SOS and a special Unity wallpaper released in honor of Black History Month that allows users to celebrate Black history and culture every time they open their phone or tablet screen!

Here’s a complete list of the new iOS 16.3 additions from Apple’s Release Notes…

The iOS 16.3 update also fixes some bugs and adds some improvements…

What if I have an Older iPhone?

These smaller updates are designed to fix some bugs and improve performance on older phones, so if you’re still using an older iPhone, then you should consider updating to the latest iOS version available for your device.

Updating your iPhone or iPad to iOS 16.3 doesn’t just bring these great features; it also helps keep your device running smoothly by patching any known bugs from previous versions of iOS as well as improving overall performance capabilities!

So what are you waiting for? Get updated today!

Help your friends discover the latest iOS 16.3 has to offer by using the Share Buttons below. I really appreciate you helping spread the word about my Free Daily Tech Tips for Non-Techies! 🙂