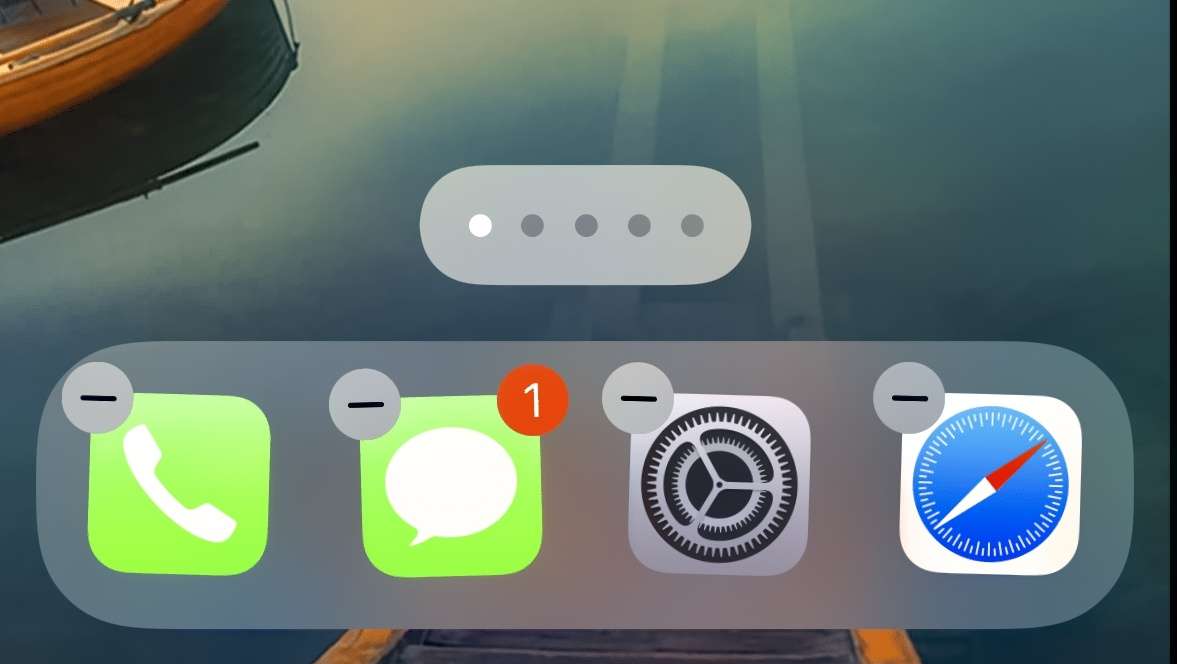 By far, one of the most valuable features on the iPhone has to do with the dock at the bottom of your “Home” screen.

It’s made to resemble the dock on a Mac computer, allowing you to maintain easy access to all of the most important apps that you use on a regular basis.

Having said that, many users have lamented the fact that you could only fit four apps in this admittedly small space. They’d love to be able to include more, but that simply wasn’t an option.

It turns out, there is a way to fit even more app icons on your iPhone’s dock.

Here’s how you can expand the number of apps on your iPhone’s dock in a matter of minutes.

1. Create a folder with all of the app icons you’d like to place down on your dock. Thankfully, this process is very straightforward. All you have to do is press on an icon on your “Home” screen until they all start to wiggle.

Then, drag one of the app icons you’d like to appear on the dock over top of another. This will create a new folder, which you can give any name you’d like. Then, add any other icons that you want to appear on your dock into the new folder you’ve just created.

2. If you already have four icons in the dock on your iPhone, drag one of them out so that there are only three. This will allow you to make room for the new folder that you created in the previous step.

3. Drag the new folder down into the dock and put it into any position that you’d like. Now, you’ll be able to access any icons within the folder directly from the dock itself.

That’s it! Over time, you can easily add new icons to the folder and expand the number of apps that appear in your dock even further.

Should you decide that you no longer want to keep that many icons in the dock, you can always remove the folder and place it back on the “Home” screen or on one of the subsequent app pages. The choice is yours.

You can also remove any app icons from the folder by tapping and holding on them until they start to wiggle, at which point you can drag a particular icon back to the “Home” screen.

Share this helpful tip about Having More Apps in the Home Dock by using the Share Buttons below… I really appreciate you spreading the word about my Free Daily iPhone Tips! 🙂