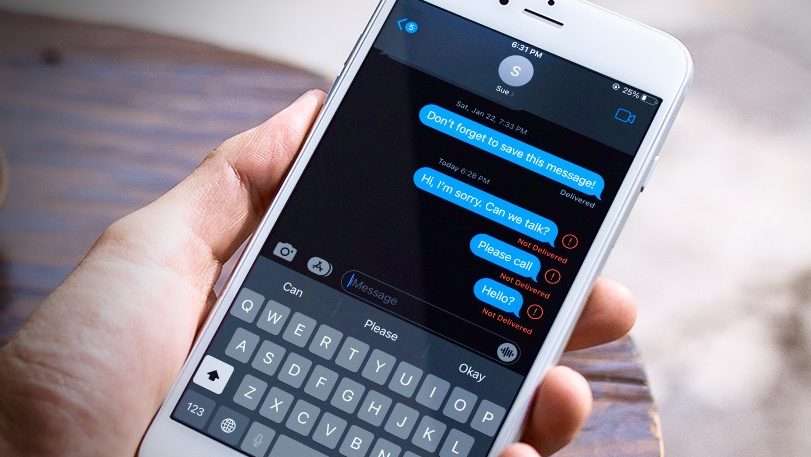 There are any number of reasons you may need to block a phone number from contacting you, mainly annoying telemarketers and spam texts, but how do you know if someone has blocked you?

It can be tough to know if you’ve been blocked by someone. There isn’t a notification that gets sent out or any clear indicator to inform you but there are ways of finding out whether the person is just busy or if they have actually blocked your number.

The first thing to know is that if you are blocked, it applies to text and phone calls. There is no option to select only one method of blocking so if one works and the other doesn’t, it could be a technical issue.

Keep in mind that they could just have their iPhone in Sleep, Focus, or any other Do Not Disturb style setting that prevents calls from getting through. As long as it rings more than once though, you’re not blocked.

Test it out with a text

Blocked numbers can still send texts, but the receiver won’t get them. You can determine if they are being delivered by, of all things, the “Delivered” tag below an iMessage. If that shows up then message received, and you are not blocked.

You may want to keep sending those messages anyway. They may not be delivered now, but when you are unblocked those previously blocked iMessages will go through as SMS texts instead. If your message does go through as an SMS it will say “Sent as Text Message” below the chat bubble.

With the text test, even if someone has Do Not Disturb on you will still get the delivered tag below the message. And if you get an auto-reply message to your text, like when someone is driving, that is another good sign.

One more way to tell

A lot of people have Location Sharing services turned on through Apple maps. When someone blocks your number that you share that feature with, you will get a notification in Messages that someone “stopped sharing location with you.” Not definitive proof but could be another test to confirm your suspicions.

What if there’s an emergency?

After determining you’ve been blocked, you should not attempt to contact that person but in the case of a genuine emergency, you can use *67 to hide your number. This will show up as an unknown caller and will likely also not be answered but it’s worth a try in an emergency.