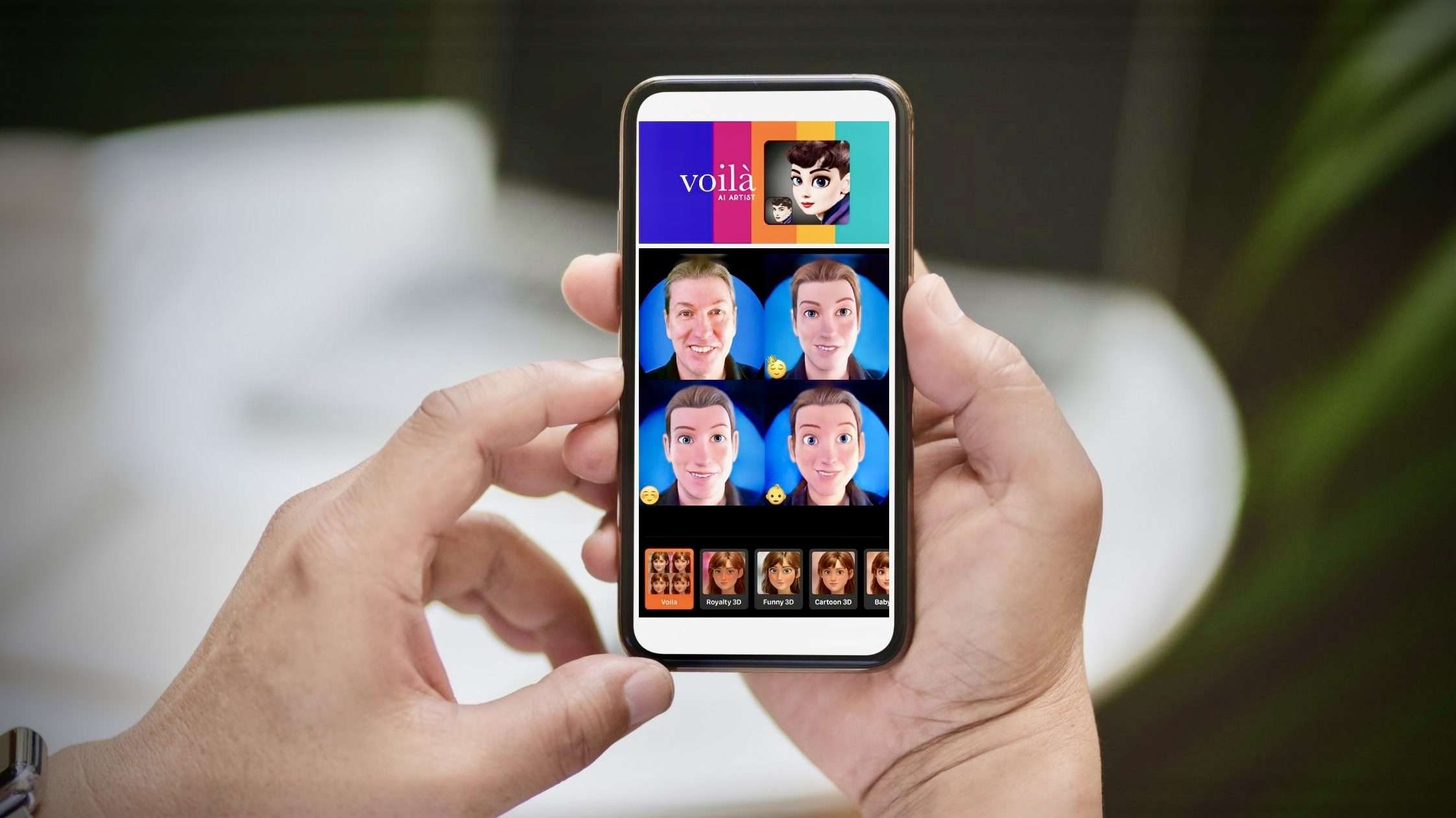 Voilà AI Artist Cartoon app made a loud noise globally by gathering 300,000 installs across the iOS App Store and Google Play in April.

And there’s more! According to the app analytics company Sensor Tower, it gathered another batch of almost 8 million installs in June. This app has no doubt became viral from both the iOS and Android communities worldwide.

What exactly is Voilà?
Well, this is a Face Manipulation app that turns your face photos into cartoonish Disney-like images. Users who already downloaded the app ToonMe aren’t new to this kind of app.

It’s pretty straightforward to use.
First, select the Mode you want, then either take a photo through the app, select an image from your gallery, or even search for photos of celebrities through the app.

Once you’ve selected the image you like from your Gallery (you need to allow the app permission to access your photos and camera, by the way), it will apply the filters and you can see the output after a few seconds.

If you are curious about Voilà, here’s where you can get it from:
Download Voilà AI Artist Cartoon Photo

Like other apps that you can just install and download, it comes with a few cons and pros.

The pros are that you can install its free version and start exploring how the app works. You know, trying different effects and wondering how you’ll look if you’re a Disney character or what your face looks like during the Renaissance era.

Truly, it is fun to use Voilà, but there are a few things that we want to remind you of.

First, we got privacy concerns. When you install the app, it gets permission to transfer and store your images online for the app to work. But, according to Voilà, they delete the pictures after 24 to 48 hours which we don’t have the means to verify.

Next, the app uses your data for targeted advertising which is typical for most apps that you download. So just be aware that these apps collect data from you.

If you heard about the 2018 Cambridge Analytics Scandal, maybe this is a pass for you. I’m sure you do not want your data to be collected at all.

If you are using their free version, there will be ads while using the app and watermarks will be included with your picture. To remove these elements, you need to get Voilà Pro.

Unfortunately, they do not offer a one-time purchase method for the app. Instead, they offer a subscription for weekly, monthly, or yearly payments to use Voilà’s Pro features. Subscribing to Voilà Pro will also provide you with “turbo processing” and unlimited generation of photos.

Remember, when you subscribe, this will be charged regularly into your account, so you must be careful when deciding to purchase.

Here is Voilà’s subscription scheme:
For an iOS subscription, you will be charged $3 per week and $30 per year. So, as the numbers say, it is not practical to get a weekly subscription.

The good part is, you can easily cancel subscriptions when you won’t use the app anymore. (Here’s a guide on How to Cancel Subscriptions in Apple)

At the end of the day, everyone wants to grant their wish that someday they’ll look like a Disney character, and these face manipulation apps can make their wish come true.

We all need a little fun! Share this extra helpful post about “Voilà Cartoon App” with your Family and Friends by using the Share Buttons below… I really appreciate you spreading the word about my Free Daily iPhone Tips!