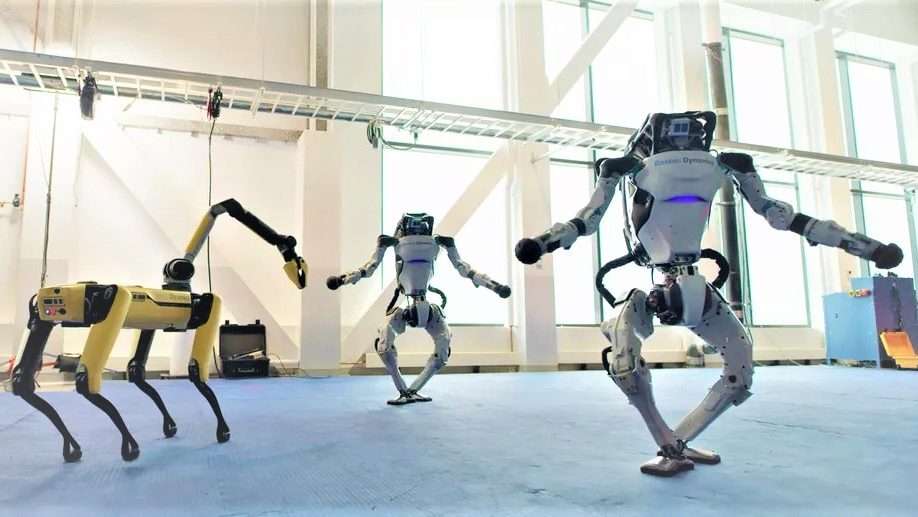 But these robots can dance better than most of us can!

And no… this isn’t a CGI fake video. They are real Dancing Robots by a company called Boston Dynamics. (I wonder if they can do the “Robot”.)

Boston Dynamics was originally founded all the way back in 1992, as an offshoot of the Massachusetts Institute of Technology, otherwise known as MIT.

They’re an engineering and robotics design company, but they are best known for their ongoing development of a series of highly mobile – not to mention highly fascinating – robots.

Boston Dynamic’s robot named ‘Spot’ brought the company international headlines a few years ago and is a four-legged robot with a body inspired by dogs.

The first promotional video for Spot reached over two million views on YouTube and was the number one piece of content on the site at one point – something that the team was clearly eager to repeat.

That’s exactly what they did, when they released their latest video with a decidedly tech-driven twist.

Do You Love Me?

The YouTube video begins innocently enough, as one of the company’s products begins to move.

But as the opening notes of “Do You Love Me?” by The Contours begin to play, you immediately know that you’re in for something special.

Over the next three minutes, a variety of robots – including the aforementioned Spot – essentially act out a wonderful music video to celebrate the start of what the Boston Dynamics team certainly hopes will be a better year than the one that came before it.

Almost as impressive as the video itself, it has reached a massive 30.6 million views on YouTube as of April 2021 – a trend that shows absolutely no signs of slowing down anytime soon.

Even though the video itself isn’t really designed to promote anything specific, it does come during a particularly exciting time for the team at Boston Dynamics.

In March 2021, they announced a new Stretch robot that was designed to help with warehouse automation in industrial environments.

Using just a single suction cup array, Stretch is able to lift objects up to 50 pounds in weight.

Spot also had a particularly notable 2020. In July, a team of Spots acted as cheerleaders at a baseball game.

Just a few weeks earlier in June, a single Spot (this one dubbed “Zeus”) was used by the folks at SpaceX to safely contain sub-cooled liquid nitrogen at their Starship Test Site in Boca Chica.

Zeus also helped inspect possibly dangerous areas in and around the launchpad!

If you found this Dancing Robot Video delightful, share it with your Friends by using the Share Buttons below… I really appreciate you helping to spread the word about my Free Daily iPhone Tips!