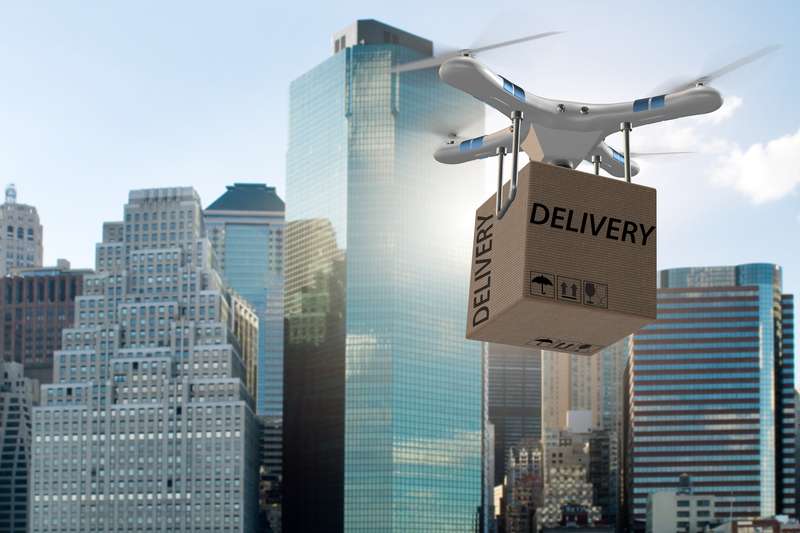 The future of delivery is here! Amazon has begun testing its revolutionary drone delivery service in locations across California and Texas.

This exciting new technology promises unprecedented convenience to customers, allowing them to receive their orders quickly and safely from the sky.

How do Amazon Drones Work?

The autonomous drones can fly up to 50 mph, carry packages weighing up to 5 pounds, and avoid obstacles like chimneys and other aircraft.

Amazon’s drones deliver each shipment to the customer’s backyard, where it is released on the ground after hovering at a safe distance.

What is the History of Amazon Drones?

Currently under development by Amazon is a drone delivery service called Prime Air. The delivery service uses drones to fly each package to the customer automatically. The FAA chose the business, along with Zipline, Wingcopter, and seven other companies, to participate in a type certification program for delivery drones in 2020.

Amazon has been working on drone delivery services since 2013 when CEO Jeff Bezos unveiled a plan to use drones to deliver packages in 30 minutes or less.

When Will Amazon’s Drone Service Launch?

Now, after years of development announcements, Amazon will begin offering Prime customers drone delivery in some areas of Texas and California.

This news is crucial for the commercial drone industry, which has been rapidly growing over the past few months, even though that segment of customers is currently small.

Amazon and Walmart will offer drone delivery to a small group of customers. This new testing phase shows how confident they are in the technology and how regulations are changing.

Deliveries made by drones seem to have a problem because there is no place for the packages to land safely.

They can’t open mailboxes, porches are usually covered, and backyards frequently have dogs. Some businesses have developed a method of parachute delivery, but it is unreliable and weather-dependent.

Amazon has suggested installing a drone delivery pad on homes and other structures. DHL’s solution is to use drones to deliver packages to secure “smart lockers,” which must be unlocked using a unique code sent to the recipient after delivery.

So, although drones offer a fast, secure, and cost-effective way of delivering packages, some issues still need to be addressed.

Where are Amazon Drone Deliveries Available?

Amazon will first be testing their Drone delivery service In Lockeford, California, a town of 3,500, and College Station, Texas, a city of 115,000 people and the location of the Texas A&M University.

With the help of this new technology, customers can receive their orders quickly and safely right at their doorstep.

Although some issues still need to be addressed regarding safe package delivery, Amazon has already taken steps in the right direction by testing the service in select locations.

It remains to be seen how far this technology will go in revolutionizing our delivery system.

Nonetheless, it is exciting to think about a future where receiving packages from Amazon becomes as easy as looking up at the sky!

What Do You Think?

Would you use Amazon’s Drone Service? Are you excited by the possibility or filled with dread? Let us know in the comments below.