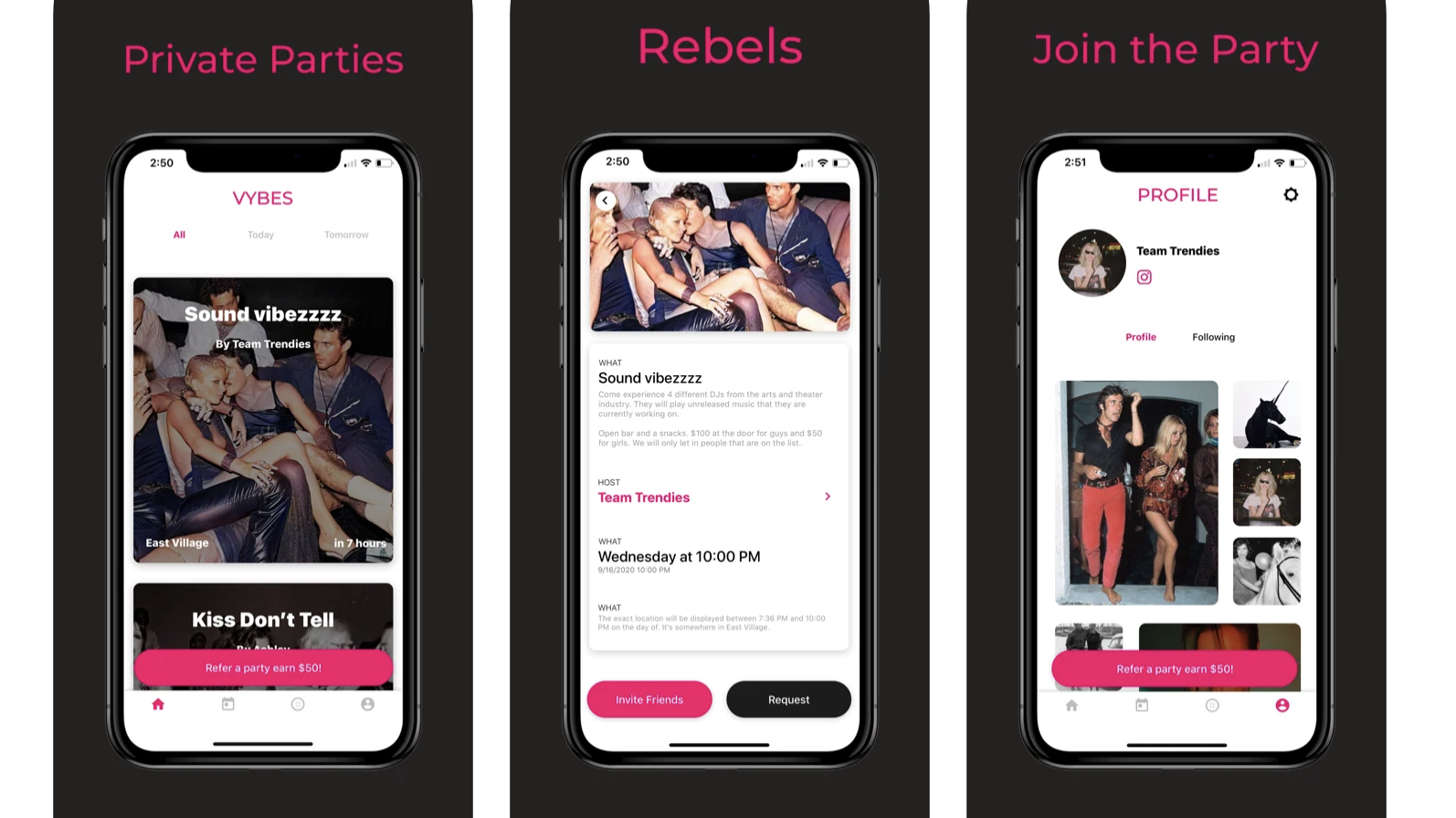 But, that’s not going to stop people who think the rules don’t apply to them. Until recently, those folks had help from an unexpected source: an iOS app called Vybe Together.

Thankfully, Apple has recently removed the app from the iTunes App Store and it couldn’t have happened at a better time.

Vybe Together: What You Need to Know

Vybe Together was an app used to “organize and attend underground parties,” though the existence of the app itself wasn’t exactly a secret. It even took out ads on TikTok and had its own website, stating that it was a way to “get your rebel on and get your party on.”

Vybe Together users had the ability to select who they wanted to attend, and anyone who got approved would receive the address two hours before it was set to begin.

Under current pandemic restrictions, however, the vast majority of these underground events would have been illegal – which is why calls for the app’s removal quickly grew.

To apply to host a party, users would have to submit their Instagram handle and later upload pictures of themselves partying to the service. This was done presumably to make sure that users weren’t going to ruin things by promoting events too early.

In a recent statement made to the tech-based publication “The Verge,” a representative for Vybe Together said that it was NOT designed to be a way to skirt lockdowns and other restrictions. Instead, it was a way to promote “small gatherings” instead of “big parties.”

Apparently, Apple wasn’t buying it because they removed Vybe Together from the App Store in late December. The app’s creators even stated that Apple was the one to pull the app – it wasn’t a decision that they had any say in.

It’s not clear just how much damage Vybe Together was able to do in terms of promoting unsafe gatherings before it was pulled.

It may have caused a significant spread of the virus, since the creators constantly promoted “gatherings every weekend” and even had plans to promote New Year’s Eve gatherings.