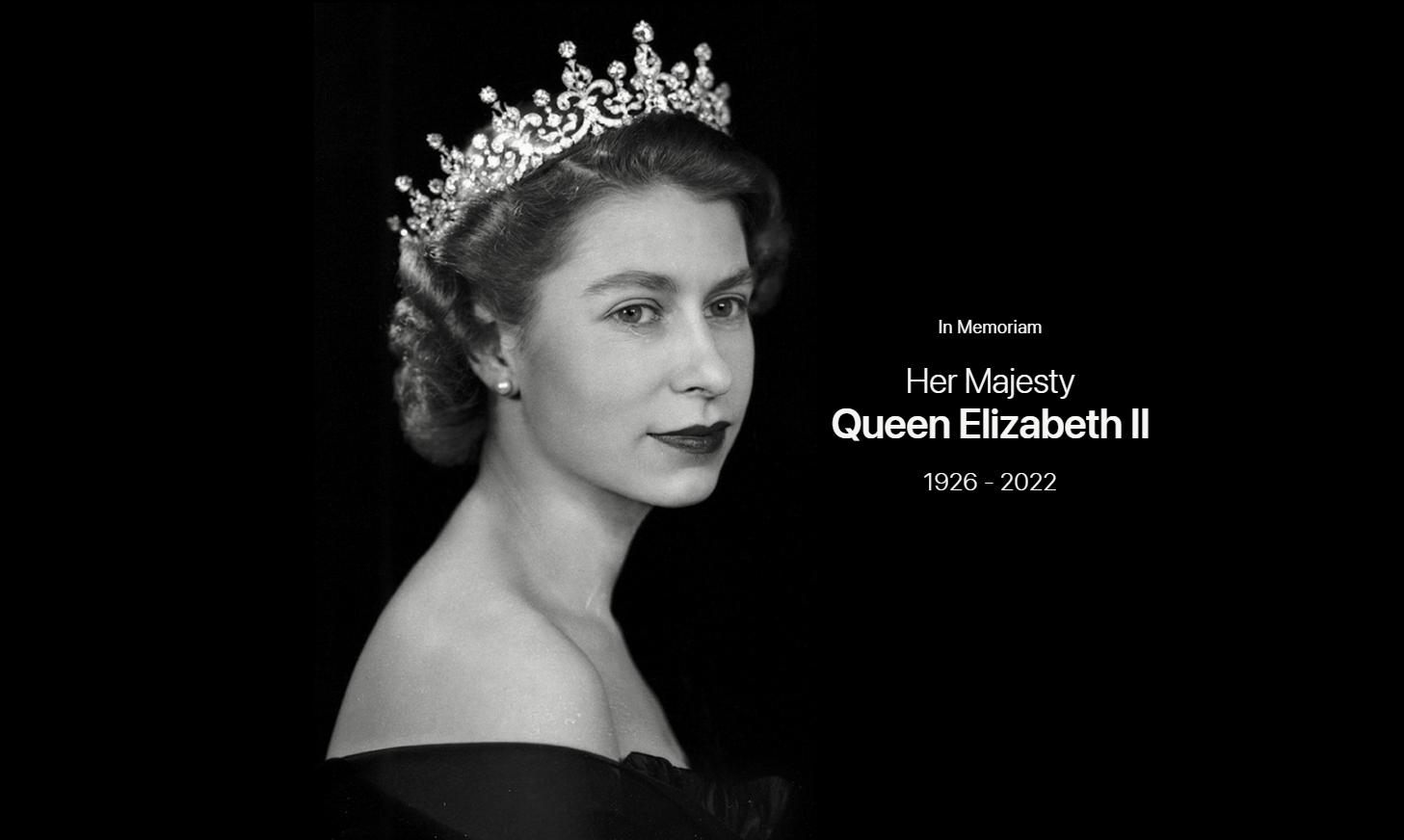 Apple is honoring the life of Queen Elizabeth II on their homepage with a portrait taken by Dorothy Wilding in 1952.

Elizabeth II was Queen of the United Kingdom from 6 February 1952 until her death at 96. Her reign of 70 years and 214 days is the longest of any British monarch and the longest recorded of any female head of state.

On 8 September 2022, Buckingham Palace announced that the Queen was under medical supervision at Balmoral Castle after doctors expressed concern. The statement read, “Following further evaluation this morning, the Queen’s doctors are concerned for Her Majesty’s health and have recommended she remain under medical supervision. The Queen remains comfortable and at Balmoral.”

The Queen’s four children, along with her daughters-in-law and grandsons, Prince William and Prince Harry, traveled to Balmoral. Her death was confirmed that evening.