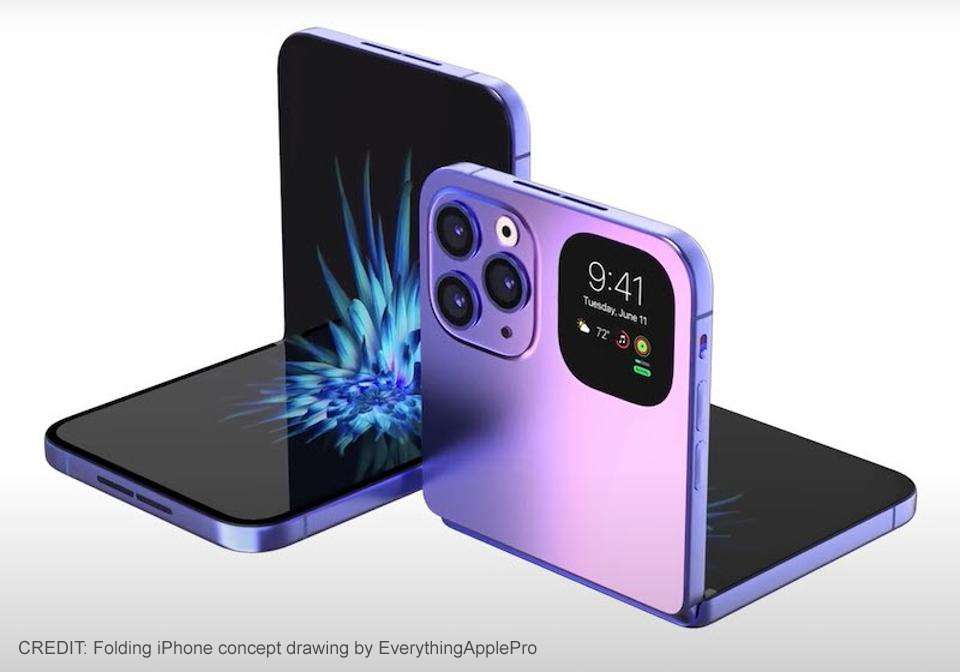 People tend to gravitate toward portable electronic devices that get smaller and smaller while packing more processing power. It’s part of the natural progression of technology. The first portable phones were the size of bricks and had enormous antennas, while today’s iPhones can fit in the palm of your hand.

But is your iPhone not quite small enough for you yet? Would you rather have a new iPhone that can fold in half, instead?

An iPhone that gives you double the available screen size would be quite appealing, especially if it also weighs less and takes up less room in your pocket or purse than current models.

That option may be coming sooner than you might think.

There are already examples of phones on the market that people can fold in half. Samsung Electronics, for one, released three different models of foldable phones. Samsung’s phones were made possible thanks to flexible OLED panels.

OLED stands for organic light-emitting diode. OLED panels can be manufactured to be very thin, making them light enough and strong enough to roll up and flatten repeatedly without breaking.

You can also build a foldable phone by doubling up on the equipment. One idea for a foldable iPhone is a prototype that looks like two separate displays have been connected with a hinge. That’s according to reports from Jon Posser, who is a serial leaker of upcoming Apple products, per iMore. But a less bulky, thinner OLED approach may be more likely to be used when it comes to the new iPhone.

The iMore report cites sources in Digitimes predicting that Apple will enter the foldable phone sector by 2022, which is notable because it will cause a huge peak in demand for the OLED displays. Approximately 40% of phones being shipped next year will be based on the versatile OLED displays.

There are further signs of Apple gearing up for a foldable iPhone with OLED technology, based on patents the company has already been awarded for this type of futuristic display, according to iMore’s report.

So, perhaps within perhaps two years from now, you’ll be able to enjoy using an iPhone with a screen that’s twice the usable area whenever you unfold it to its full size.