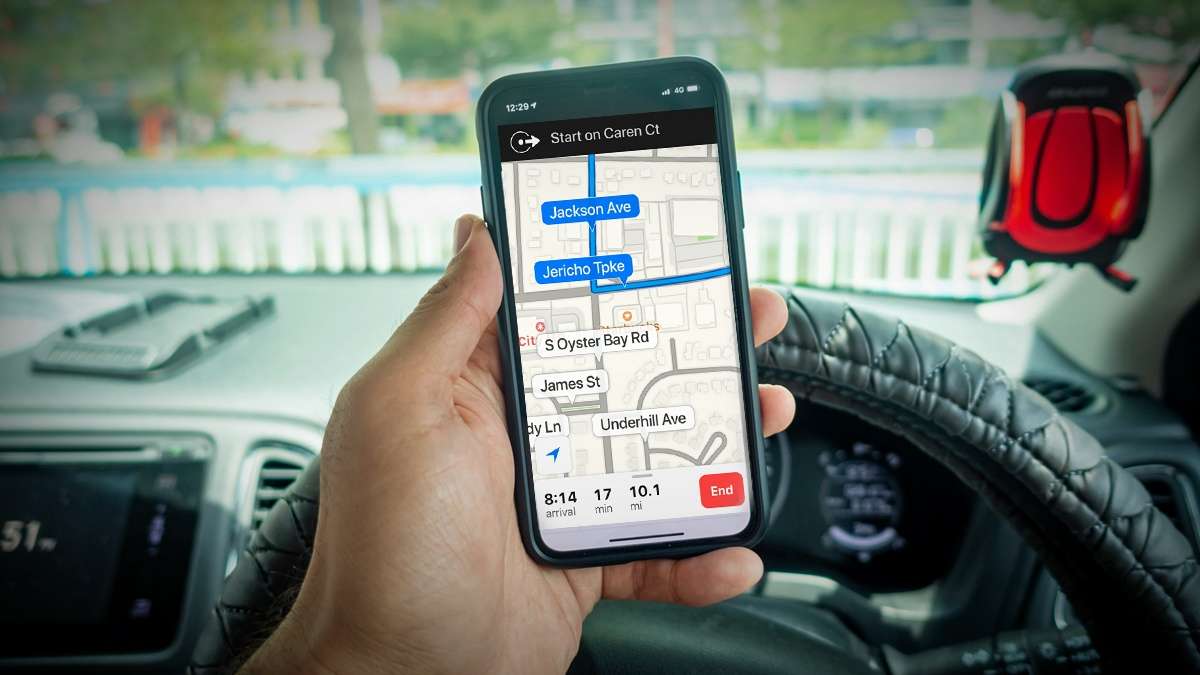 Apple’s own Maps app received its fair share of criticism after its initial launch, especially in terms of its accuracy.

Not only did it often present inaccurate route information, but it was also woefully ill-informed about points of interest in major cities.

Thankfully, Apple has corrected all of these issues and Apple Maps has since grown into one of the best GPS apps available today.

One of the handiest features of Apple Maps has less to do with finding out where you’re going and is more about locating exactly where you are.

Sometimes, you’ll be in a location where the GPS signal isn’t great – to the point where Apple Maps may have a hard time nailing down your location.

That’s okay because Apple Maps can now scan nearby buildings and even streets to find out more actionable information than ever.

The feature is called “Refine Location,” and the good news is that it’s enabled by default. Unfortunately, it’s also only limited to major cities at the moment.

But there’s no doubt that Apple will be rolling this out to more and more locations in the not-too-distant future.

Apple has always offered vehicle and walking directions in Apple Maps, but a lot of people don’t realize that this has recently been expanded to other forms of transportation, too.

Case in point: cycling directions. The next time you head out on your bike, you don’t have to try to cobble together a walking route or try to convert your driving directions into cycling ones.

Once you enter your destination, all you have to do is tap the little icon that looks like a bike in the Apple Maps toolbar.

Then, Apple will calculate the fastest route between where you are and where you want to go with the express understanding that you’ll be taking a bike to get there.

It will tell you the exact distance and even your estimated time of arrival like it would if you were in a car, but it’ll be much more accurate to how you’re actually planning on handling your trip!

3) Let Apple Maps Be Your Guide

Another great feature that Apple launched with iOS 14 is called “Collections,” which is essentially a kind of digital guide book that you can use to find interesting hot spots in whatever city you happen to be in at the moment.

Not only will it give you a list of destinations that you’ll want to explore, you can also easily share your new itinerary with friends and family members who are along for the trip.

In addition to using the guides that Apple has professionally created for you, you can also create some of your own.

All you have to do is enter a city in the Apple Maps “search” bar, and then swipe up to see the information on the associated card.

This, too, is limited to major cities right now, but more professional guides are rolling out all the time.

4) Have Siri Update Someone On Your ETA

If you’re on your way to meet someone, you don’t always have to keep them guessing. Based on your current location in Apple Maps, Siri always knows approximately how long it will take you to get to your current destination.

Luckily, it’s easy to share that information with other people, too.

All you have to do is enter a route in Apple Maps to get turn-by-turn directions. Then, whenever you’d like, you can say “Hey Siri, share my ETA with…” and say a name from one of your contacts.

Siri will send your estimated time of arrival to the person in question through the “Messages” app, so everyone will always know when you’re about to arrive!

Finally, one of the most helpful features of Apple Maps is something that competing apps like Waze have offered for years.

If you’re planning your route and a particular street or even area is currently hit with heavy traffic, you’ll get notified immediately – all so that you can make proper arrangements to avoid those spots altogether.

If you’re in a major city and your route is taking you through a congestion zone, the path will be illuminated by a red color indicating heavy traffic.

Once you know that, you have everything you need to take the most efficient route possible – which may very well be the most important benefit of all.

Looking for the perfect place to keep your iPhone in your car? Check out our Cup-Holder iPhone Mount!

Share these “5 Helpful iPhone Map Tips” with your Friends by using the Share Buttons below… I really appreciate you spreading the word about my Free Daily iPhone Tips! 🙂